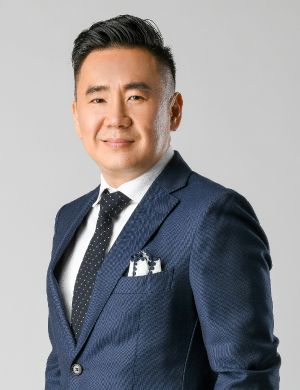 Mr. Yeo is the Co-founder and Group Chief Executive Officer of ZACD Group. In 2005, Mr. Yeo and his wife Ms. Kain Sim started ZACD Investments to develop and invest in industrial factories due to their deep-seated knowledge of the industrial property sector. Together, they grew their business from a two-person team to a regional integrated asset manager across the Asia Pacific and in 2018, steered ZACD to a successful IPO in Hong Kong.

Embracing “trust” as his core value, Mr. Yeo describes himself as a “disciplined risk taker” who aims to create win-win situations in his business dealings. Mr. Yeo was awarded the Public Service Medal in August 2015 by the President of Singapore for his contributions to society. He was also awarded the Teochew Entrepreneurs Award in 2016 and in 2018, he was named a grand winner of the Prestige Award Category, the top-tier category of the inaugural ASEAN Teochew Entrepreneur Awards. 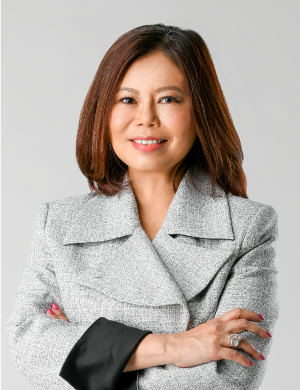 Ms. Sim is the Co-founder and Chairman of the Board of Directors of ZACD Group. She has been actively involved in the strategic management, marketing and operational activities of the group since its inception.

Ms. Sim has over 20 years of experience in the international property investments and has established a solid track record with over SGD 1 billion of sales closed within 5 years.

Inspired by the late Minister Mentor Lee Kuan Yew, she is now focused on growing the business regionally based on Singaporean values such as excellence and integrity. 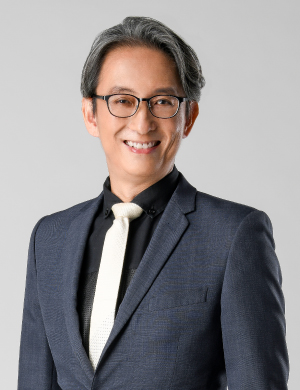 Mr. Wee has over 20 years of management experience and over 13 years of real estate industry experience covering a broad spectrum across sales & marketing, project development and investment. Prior to joining ZACD, he served as the Chief Executive Officer of One Marina Property Services Pte. Ltd. (One Marina).

Mr. Wee was also previously with Surbana International Consultants Pte. Ltd. as Deputy Managing Director in 2014. He was instrumental in spearheading and strategising expansionary initiatives with clients, establishing good relationships with key developers and contractors in Singapore. He also worked strategically with fund managers with assets under management (AUM) exceeding S$500million to leverage on investment and development opportunities, which resulted in consultancy contracts.

Mr. Siew has over 15 years of experience working across corporate finance, mergers and acquisitions, accounting and audit sectors. His core technical expertise is corporate finance and accounting, and has strong capabilities in executing complex corporate transactions and fundraisings serving both Asian and international clients.

Mr. Siew holds an MBA degree from the London Business School, UK and a Bachelor’s Degree in Accounting and Financial Analysis from the University of Newcastle Upon Tyne, UK.

As Chief Operating Officer of ZACD Group, Mr. Chew is responsible for leading the company’s operations across the diverse business portfolios, and assisting CEO in charting and executing the group’s business strategies. Mr. Chew is a natural leader with more than 15 years of management experience and a decade of real estate expertise & knowledge. He is a firm believer that business can be a force for good; for the betterment of the economy, society and families.

Mr. Chew is a Naval Officer by training, and began his early career in the Singapore Armed Forces. Prior to joining ZACD, Mr. Chew was the Managing Director of SLP International Property Consultants Pte Ltd (SLP), where he led the real estate agency consultancy and agency business.

Mr. Chew holds an Executive Master of Business Administration (EMBA) degree from INSEAD, and a Bachelor of Science (BSc) with honours in Real Estate from National University of Singapore (NUS).

Prior to joining ZACD, Mr. Kong was the independent non-executive director of CAA Resources Limited (stock code: 02112), a company listed on the Main Board of the Stock Exchange, which is mainly engaging in mining, ore processing, sales of iron ore products and other commodities to steel manufacturers and/or their respective purchase agents in the PRC and other commodity trading companies, as well as investment holding, from April 2013 to August 2017. He was the executive director and chief financial officer of China Vanadium from October 2013 to May 2015 and from May 2008 to May 2015, respectively.

Mr. Kong obtained his bachelor’s degree in business administration from The Chinese University of Hong Kong in December 1997. Mr. Kong has been a fellow of The Association of Chartered Certified Accountants since February 2008, a member of The Hong Kong Institute of Directors (‘‘HKIoD’’) since May 2010, a fellow of each of The Hong Kong Institute of Chartered Secretaries and The Institute of Chartered Secretaries and Administrators since February 2012, an ordinary member of Hong Kong Securities and Investment Institute since October 2017 and a full member of Hong Kong Investor Relations Association since November 2017. Mr. Kong received silver, gold and bronze certificates of merit in continuing professional development in 2013, 2014 and 2015, respectively from the HKIoD.

Since September 2015, Dr. Sim has been a non-independent non-executive director of Global Invacom Group Limited, a company listed on the Mainboard of SGX-ST and the AIM Market of the London Stock Exchange and principally engaged in providing satellite communication equipment. He is mainly responsible for providing high level oversight of management and operation.

Dr. Sim obtained a diploma in electronic engineering from Ngee Ann Polytechnic in 1990, a Bachelor of Commerce degree from Murdoch University, Australia in March 1998 and a degree of doctor of philosophy in business administration from Honolulu University, the United States of America in November 2015. 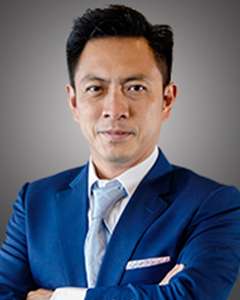 Mr. Lim has nearly twenty years of experience in the financial printing industry, specialising in business development, sales and marketing, strategy formulation and general management. He has also worked in Singapore, Hong Kong and Beijing, the PRC.

Presently, he is the managing director of A. Plus International Financial Press Limited (“API”), a subsidiary of A. Plus Group Holdings, a company listed on the main board of The Stock Exchange of Hong Kong Limited (the “Stock Exchange”).

Mr. Lim joined API in January 2012 as the general manager and head of sales and marketing, and was appointed as the director of API in February 2013.

Prior to that position, Mr. Lim worked at another financial printing company in Singapore, Hong Kong and the PRC from January 2000 to December 2011, where his last position was an assistant general manager, sales and marketing.

Mr. Lim obtained a Bachelor of Engineering degree from the Nanyang Technological University, Singapore, in July 1999 and a Master of Business Administration degree from The University of Chicago Booth School of Business, the United States of America, in March 2008. 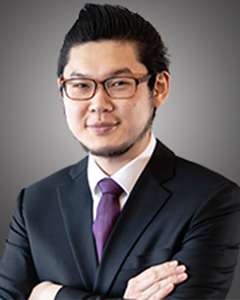 Mr. Chew was admitted to the Singapore Bar and to the Roll of Solicitors of England & Wales and New South Wales, Australia. Mr. Chew holds a Bachelor of Laws Second Class (Upper Division) Honours from the University of Queensland in Australia and a Master of Science in Real Estate from the National University of Singapore.